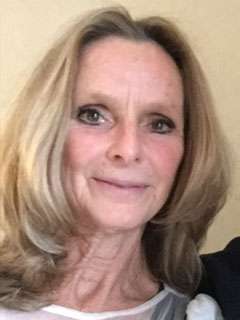 Bev graduated from Brandon Mental Health Centre (BMHC) in 1982, and completed her BScMH (post diploma degree) at Brandon University in 2004.  Bev provided acute in-patient services as a Registered Psychiatric Nurse at BMHC and worked as an Adult Community Mental Health Worker in Central Region, moving into management in Southern Health, and subsequently at the Crisis Response Centre, WRHA prior to her retirement in 2018.   Bev was gold medalist (BScMH) as well as recipient of the Kay Armstrong Scholarship (BScMH), RPNF Award of Excellence (Leadership), Mental Health Hero Award (Central Region), and Quality Service Award (Southern Health).  Areas of interest have included Recovery-Oriented practice, Dialectic Behaviour Therapy, Peer Support and Offender Treatment.  Bev believes that the RPNF’s support of the profession through scholarships and awards promotes psychiatric nurses as front-runners in achieving best-practice mental health service across Manitoba and Canada. This is her first year as RPNF President. 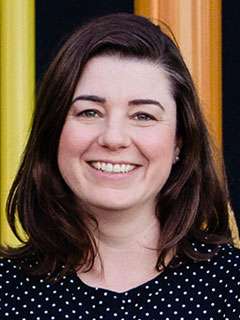 Jennifer graduated from the BScPN program at Brandon University’s Winnipeg Campus in 2009. She started her career as an RPN at St. Boniface Hospital in the inpatient adult mental health unit. From there she moved to the Addiction Foundation of Manitoba’s Methadone and Suboxone treatment program. Jennifer is a student in the Master of Psychiatric Nursing program at Brandon University, specializing in Education. She is currently working as an Instructional Associate with the Brandon University Department of Psychiatric Nursing at the Winnipeg Campus. 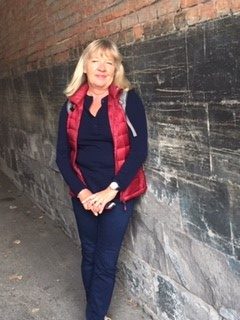 Doreen graduated as an RPN in 1979, received her BA in 1991 and MSA in 1997. Doreen’s clinical roles were at SMHC, Seven Oaks Psychiatry and Manitoba Adolescent Treatment Centre. Her leadership roles began at MATC as Director of Residential Services. In 1997 she was intrigued as regionalization was beginning in Manitoba. She became the VP Planning in the Interlake Regional Health Authority from 1997-2012 and her responsibilities included Mental Health services, health planning, strategic planning, capital projects, and leadership in areas like Quality, Risk Management and Patient Safety. In 2012 she assumed a new portfolio when two regions amalgamated as VP Primary Health Care which included mental health, public health, community wellness, chronic disease prevention, nurse practitioners and First Nations and Metis Health. As a leader in large complex health systems, her education and skills as a RPN were always a great asset.

Doreen has been an Accreditation Canada national and International surveyor since 1999 and continues as a fellow with the organization. On a volunteer basis Doreen has been on the Board, Treasurer and Advisory Committee member with the CRPNM, and as a Board Member for the Manitoba Branch of the Canadian Cancer Society.

Since retiring from the RHA in 2015, Doreen has continued to be a health management consultant focusing on organizational design and strategic, operational and capital planning. She has also become an investigator for the CRPNM. Doreen is a strong advocate for registered psychiatric nursing education, role development and promoting the attributes of this unique profession.

Please email us at info@rpnf.ca if interested in this role 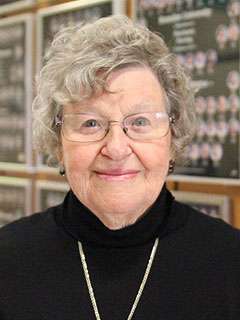 Dr. Beverley Hicks came from New Zealand as a registered nurse to complete the post-graduate psychiatric nursing diploma at Brandon Mental Health Centre in 1967. The majority of Beverley’s practice was as a Community Mental Health Educator, and during Mental Health Reform in the nineties, as a Resource Developer. She completed her career as Faculty at Brandon University in the Department of Psychiatric Nursing. In 2008, Beverley earned a PhD with her research entitled, “From Barnyards to Bedsides to Books and Beyond: the  Evolution and Professionalization of Registered Psychiatric Nursing in Manitoba 1955-1980″.  She has just completed a book on one hundred years of psychiatric nursing in Manitoba entitled, “Politics, Personalities, and Persistence: One Hundred Years of Psychiatric  Nursing Education in Manitoba.” Beverley is very supportive of the RPNF having served on the board since 2009, and as chair of the Scholarship Committee since 2010. In this position she has worked with RPN’s in Manitoba and nationally to annually receive, evaluate and recommend the seven Manitoba and National scholarship recipients to the board. Beverley continues to support the evolution of psychiatric nursing in Canada through her writing and sharing her knowledge and expertise with the RPNF board. 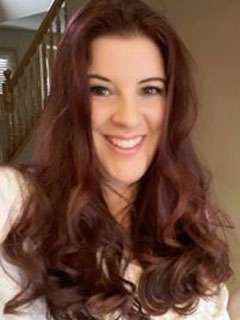 Amy Martyniuk has been working with the Correctional Service Canada’s Community Mental Health program since May 2007. She graduated from Brandon University in 2002, with a Bachelor of Science in Psychiatric Nursing; and in 2017 she graduated from Athabasca University with a Masters in Health Studies. Amy’s experience includes: working in the field of community mental health; addiction, including methadone maintenance; crisis stabilization; and working on inpatient psychiatry units. She is currently responsible for the coordination of mental health services and supports for offenders with mental disorders on conditional release from federal institutions and for facilitating continuity of care in community. Amy also provides training to parole officers, police officers and other professional and non-professional groups in the areas of mental health, FASD, addictions, employment and intervention strategies. In 2016 Amy received the Alf Barnett and John Crawford Scholarships for her master’s work related to “Effective intervention strategies for working with adults with FASD and co-occurring mental health challenges”.  Amy enjoys volunteering and public education in the areas of mental health, Women’s issues and FASD, and hopes to continue in this capacity in part through her role as a board member. 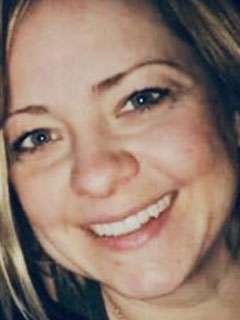 Dana graduated from the BScPN program at Brandon University in 2003, part of the first class to complete the whole four-year program at the Winnipeg campus. She had her first son after graduation so started her career working part-time at the Manitoba Adolescent Treatment Centre. Eventually she moved into a full time position and after about 5 years began working at the Addiction Foundation of Manitoba’s Methadone and Suboxone Program. It was during that time that she began and completed her Master’s degree in Health Studies through Athabasca University. When she completed her MHS in 2015 she went to work at Brandon University in the Psychiatric Nursing program, Winnipeg campus. She is currently on a tenure track as Assistant Professor. 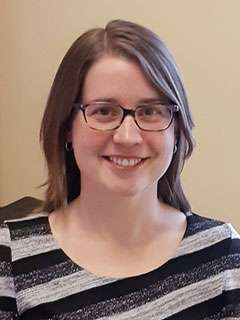 Mallory completed her B.Sc.P.N. from Brandon University in 2005. Since that time she has worked at Selkirk Mental Health Centre as an RPN in both the Geriatric and Rehabilitation Programs.  Mallory currently works with Education Services as a Mental Health Nurse Educator supporting the 230 nurses at SMHC in their professional development. She coordinates the placement of student nurses completing their mental health clinical rotations, is a Mental Health First Aid trainer and facilitates the Applied Suicide Intervention Skills Training (ASIST) program. 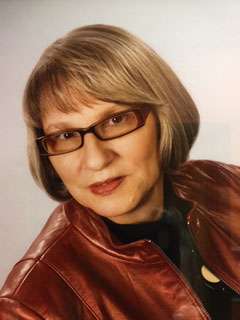 Marg Synyshyn worked in the area of child and adolescent mental health as a clinician, manager and director for over 30 years. Marg recently retired as the CEO of the Manitoba Adolescent Treatment Centre (MATC), a position that she held from 2014 – 2019 and Director, Child and Adolescent Mental Health Services, WRHA Mental Health Program. Marg has done many presentations, locally, nationally and internationally, on the topics of child and adolescent mental health, mental health service delivery and gender issues in the area of mental health. From 2007 to 2012, Marg had an appointment to the Child and Youth Advisory Committee for the Mental Health Commission of Canada. As well, Marg is a knowledge user on a number of CIHR funded research projects provincially. She is sought out by for commentary and advice on the topic of child and youth mental health by other service providers, government departments and the media. Marg has held the position of President of the College of Registered Psychiatric Nurses of Manitoba, as well as National President of the Registered Psychiatric Nurses of Canada. She was the 2008 Manitoba recipient of the Registered Psychiatric Nurses of Canada award for Professional Leadership. Marg has served on various committees with the RPN. In 2010, Marg received the Marlene Fitzsimmons Scholarship for her presentation overseas. 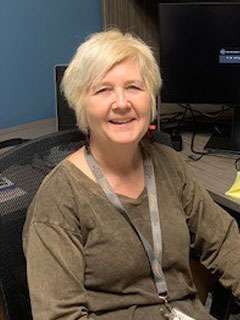 Kim is currently the Manager of the Adult Community Mental Health Program in Brandon. Her previous experience includes being Manager of the Primary Health Care Centre in Ste. Rose du Lac including collaborative services & the Health Promotion Program at that setting. She has also held positions as Community Mental Health Worker in Parklands and in Central Regions; worked at the MATC; held positions as Project Manager, Crisis Worker, Mental Health Promotion Facilitator and Mental Health Clinician in Southern Region; and, Liaison Nurse for Westman Crisis Services. Her Master’s thesis project (in the Leadership stream) studied the unique experiences of psychiatric nurses in rural and isolated areas. 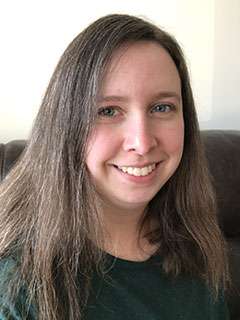 Marycia graduated from Brandon University in 2005 with a Bachelor of Arts. She attended law school at the University of Manitoba and graduated in 2009 with her Bachelor of Laws. Marycia went on to article with Manitoba Prosecutions at their Brandon office and was Called to the Bar in Manitoba in 2010. She continued to work for Manitoba Prosecutions until 2013. Through her work she received experience and training relating to mental health, addictions, FASD awareness, and psychiatric reports. 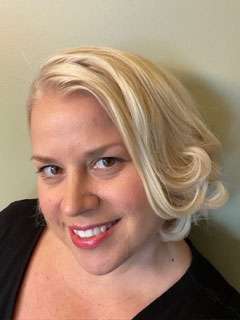 Danah is a Chartered Manager with the Canadian Institute of Management and has an Advanced Accounting Certificate from the University of Manitoba. She is the Executive Director for the University Medical Group (UMG) which is a business office for more than 600 doctors. UMG is a non-profit association of doctors that are faculty members in the Max Rady College of Medicine at the University of Manitoba. UMG doctors teach students and other learners, conduct research on behalf of the University, lead/manage programs, and provide clinical services at one or more of its affiliated teaching hospitals. Prior to UMG, Danah worked at the Selkirk Mental Health Centre (SMHC) for 12 years, starting as the Manager of Financial Services, then the Manager of Support Services, and finally as the Chief Executive Officer for her last 8 years. Danah is committed to lifelong learning and is passionate about helping organizations find ways to achieve excellence. Danah is most proud of being part of the team that lead SMHC from ‘Accreditation with Condition’ to ‘Accreditation with Exemplary Standing’ during her time as CEO. 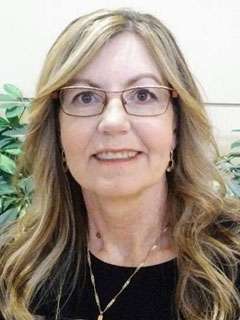 Bonny is a retired registered psychiatric nurse with 39 years of experience in the field of mental health. The majority of her career was leading the Selkirk Mental Health Centre (SMHC) through major transformation initiatives. From Education Services to Continuous Improvement, to MB Health Policy and Planning to her unique role as Redevelopment Coordinator, Bonny lead projects with a patient safety and recovery-oriented lens. She consistently consulted the people with lived experience, families, staff, leadership, stakeholders, community partners and other national and international people to discover and implement new ideas and create new best practices.

Some of the projects included: establishment of the Family Advisory at SMHC, construction of the Tyndall Building and Acquired Brain Injury Residence; development of the acquired brain injury program; evaluation of the Psychosocial Program; implementation of a new pharmacy medication dispensing system; implementation of a comprehensive electronic clinical record (including Resident Assessment Instrument for Mental Health (RAI-MH) and National Rehabilitation Reporting System (NRS); participation in the Canadian Mental Health & Addictions Quality Initiative; assisting Artists in Healthcare to provide clients a range of opportunities in art, music, dance, and Playback Theatre; and completed the 2015 Selkirk Mental Health Centre’s Consultation Strategy and Environmental Scan to assist SMHC in its ongoing strategic directions.

In 2017, Bonny was one of 150 Canadians chosen as a “Difference Maker” in mental health and addictions and in 2019 won the Manitoba Government Service Excellence Premier’s award.

She has been a RPNF Director since 2015.